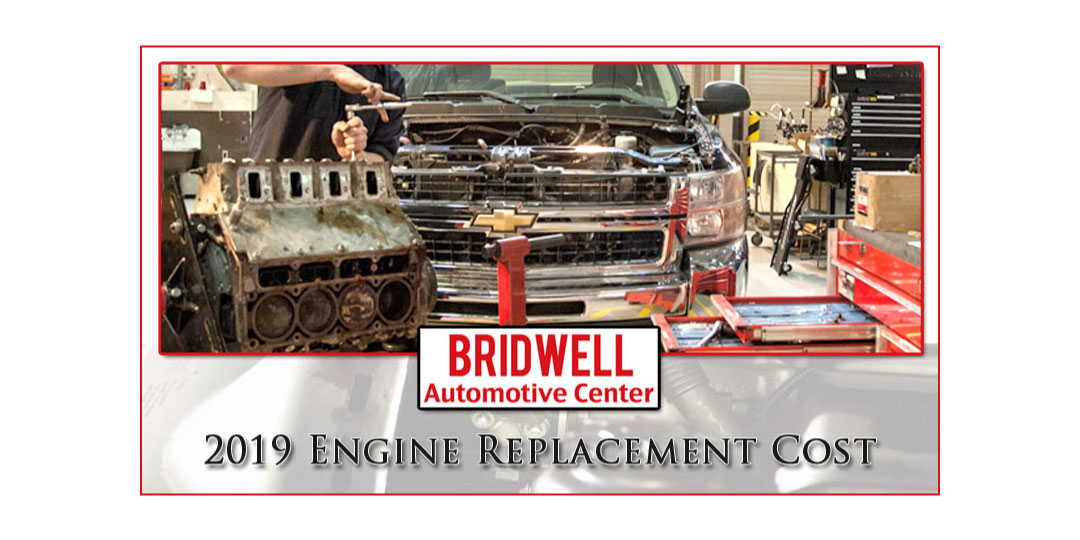 If you are searching for “Engine Replacement Cost”, “Engine Replacement Labor Cost”, “Engine Rebuild Cost”, “Average Cost Of Engine Swap” or “How Much Does It Cost To Replace A Car Engine”, this post should help! If your vehicle is showing blown engine signs you know a repair bill is coming. Learn about how much engine replacement or rebuild costs. More than other failures on a car, there is nothing that is like a blown engine. You can smash the front end, set it on fire, blow a gasket, but it is still a broken car. Once the engine is gone, then it will stop being a car and it becomes more like an abandoned and echoing home. However, better times are on their way because there is very little around that is as joyful as the moment when the empty shell becomes whole again and better than it was before through quality engine replacement. How much engine replacement will cost depends on the type of vehicle, brand, and other factors that will be discussed below.

Complete engines will often include everything that it needs to run and sometimes include every sensor, electronic part and accessory. It is these types of replacements that are rare unless it is under warranty. Long block engines are the whole engine without the electrical equipment, manifolds, and accessories. Normally, engine replacements will include just the long block. A short block is just the long block without the heads or cylinder head. Then after 2014, an average American or Japanese V-6 or 4-cylinder long block will cost about $4000 to $8000 from a quality manufacturer. A short block will normally go for $3000 to $7000 and the complete bolt in style engines will be double the price for a long block. You should expect to double everything for a European engine, especially if they are performance oriented or rare. You can cut the costs often by over half just by purchasing a junkyard engine, but then there isn’t a guarantee that it will be in better shape then the one that you removed.

There are many factors that need to be considered when you are deciding engine replacement, one of which is how you define an engine. First you have to decide if you need a new long or short block or a whole engine. Next you have to find what type of make and type of engine that you are dealing with and where you will get the new one. A brand-new engine that comes from a warehouse is going to cost much more than one that you get in a junkyard or a re-manufactured four-cylinder engine. Next, you have to think about age. Normally, engine replacements for Japanese and domestic cars will become more expensive as automobiles become newer simply because a newer engine will be much more expensive to start with and they can be harder to get if it is used. Lastly, you have to think about where you will have it replaced at and just how quickly that it needs to be done.

Just to give you some perspective: Replacing a 16.4-liter long block for a Bugatti Veyron will be around $360,000 and a Ferrari Enzo long block is about the same. That does not even include shipping, but it does have a 30-day guarantee. Then for a complete LS7 crate Engine for a Corvette Z06 from GM is a bit of a bargain at $15,000. Then for a 6.3-liter LS3 crate engine for the newer Chevrolet Camaro SS is about $6500. This is going to be around the cost for many domestic V-8 cars. For between $7000 to $13000, you can purchase rebuilt Diesel engines and for between $3000 to $4500 you can get a Ford long block. Around $8500 will get you V-8 long block for an old Rolls Royce while the more current and updated engines that come from Rolls Royce will cost over $45,000.

Labor may easily cost you just as much as purchasing an engine especially if you go to a specialist or dealer. A basic garage may cost you between $125 to $150 per hour, while a specialist or dealer can cost you between $250 or more. A normal engine replacement for an older car such as one from the 1980s could be about 10 hours of work, although it may be more like 15. You should expect between 15 to 25 hours of labor for an average engine replacement on a new vehicle.

A big part of that will come down to just how much work that the shop will have to do to put old engine parts on the new block, which is where you could end up losing money by purchasing a long block or short block. It actually pays to spend some money upfront, especially if the time of the mechanic is going to cost you. These are the factors that you will have to think about. You may end up spending around a minimum of $1500 for labor for the replacement of a complete engine by a local garage to more than $5000 if you pay a specialist to take apart your old engine and assemble the new engine from a short block and then install it in your car.

After everything above, it is clear just how huge of a gap in price that the replacement can be, even on the same car. Doing a DIY replacement of a 1998 Camaro Engine may cost you less than $950, if you purchased a remanufactured short block and do all the work on your own. Or it could cost around $7500 if you purchase a complete crate engine and pay a dealer to install it. That is a big gap in price just with one car with a common engine.

The average engine replacement – corner garage, average, long block, 10-year-old car should cost between $3000 to $4000. You should expect to spend extra 50% to almost double for a luxury or European car. You should keep in mind that the rarer that the engine and car are, the more expensive a replacement will cost. A fully loaded Porsche Cayenne and Cadillac Escalade are not that far apart when it comes to price when it is new, but the LS engine for the Escalade is very common in the U.S. The engine for the Porsche is not that common, but you have to remember a bolt is a bolt and an engine is just an engine.

At your local garage it may be around $125 per hour and they should not have a hard time replacing the engine for the Porsche as they would with a Cadillac. Be sure to shop around for labor rates and the guarantees before you decide to pay a specialist.

Rebuilt engines costs between $2,500 to $6,000 dollars in labor and the cost of parts. In addition to removing and reinstalling your engine common repairs will include replacing seals and bearings. More involved engine rebuilds cost more when cylinder heads cannot be be saved or if the crankshaft has been damaged. The pistons can also be damaged if your car gets too hot or a part of your engine fails.

The more involved and time consuming the rebuild the higher the cost will be. If your engine block is cracked or badly damaged rebuild isn’t really an option and you’ll need engine replacement instead. In the case your engine has seized replacement is the only option for repairing your vehicle. When an engine seizes it means that the metal pistons and cylinder walls got far too hot and have melted together.

There is a fine line when it comes to cost when an engine rebuild isn’t the best repair plan for your vehicle. Engine replacement is many times a less costly option than completely rebuilding a heavily damaged engine. Here are 3 blow engine signs to help you make a decision or trust the advice of your repair mechanic.

If you hear a loud noise and your engine suddenly stops you have likely seized it. This happens if the oil has ran out or you have likely overheated. Excessive heat can melt your cylinder walls and pistons which can fuse them together. Once the engine fuses together replacement is the only option.

Some engine problems are ones that drivers choose to ignore. If you’re check engine light has been on for months or even years or you’ve been ignoring a rough running engine damage has probably progressed. If the damage is severe enough an engine rebuild may be more costly than simply replacing the engine.